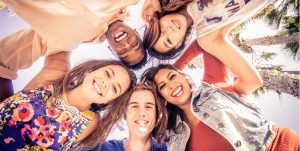 As Christians in our daily life, it’s easy to be critical of our secular modern world. It can leave a lot to be desired when we see so many people treat each other so poorly and passionately deny our God. Some – even those we thought were our friends – will go as far as to mock those of religious beliefs.

For those of us with faith, we may be tempted to disregard completely the advice and ideas promoted in the secular world because so much of it is riddled with contradictions to our own beliefs.

But we can’t throw out the baby with the bathwater.

There are aspects of our modern society that can teach us more about our faith and personal vices than we realised. Many current movements – even if we don’t completely agree with all they promote – actually challenge us to be better people. One such modern effort is the notable increase of awareness and focus on improving people’s mental health. Messages from our secular society to check in on others to genuinely ask

‘are you ok?’ is something that should be second nature to us as Christians.

Engaging with people who aren’t of the same faith or moral beliefs can be exhausting – and sometimes we need to know when it’s time to call it a day, especially when we are met with hostility or individuals who are just looking to fight and not hear our perspective.

But we must ask ourselves “why is it so exhausting?”

If we feel we are constantly being personally attacked or ridiculed, this isn’t healthy and such people aren’t our friends.

These are people we need to continue to be friendly to, but not necessarily friends with.

However, if we are being called out for not practising what we preach, if we feel like being “the Christian friend” makes others hold us to a higher standard of virtue – this might be just the challenge we need.

Many of my non-religious friends have expressed attitudes I’ve openly disagreed with and – because they are good people – we’ve managed to have respectful conversations. And again, because they are people with good intentions, their own moral perspectives have often made me further reflect on my own and be critical of just how narrowly I sometimes apply my own Christian beliefs to everyday life.

For example, many of them are conscious of the importance of mental health and the need to be aware of others. In response, they actively take the time and make the effort of asking about the well-being of their friends. And, when something isn’t right, they help make a game plan to tackle obstacles and reinforce the sense of value and dignity of a friend if they are doubting it.

Their diligence in being an active and present friend has made me much more aware and focused on how I put effort into friendships and are thoughtful of what my words might mean for others. Simple actions like complimenting and affirming someone when they have achieved something and being patient in listening to others’ topics of interest aren’t things you’d list as heroic or outstanding.

deliberate intention of practising genuine friendship, improving others’ sense of self-worth and speaking the truth with encouragement rather than condescension are the very characteristics we expect of a modern Christian.

And this practice is something I have found some of my non-religious friends are more proactive about than me. Essentially, they hold me accountable without even knowing it.

As “the Christian friend” they have given me the challenge to be an example of love they may have not yet encountered. When we disagree on morals, I am “the salt of the earth”. But when I disagree, it is with words of love and respect, making me akin to “a light in the darkness”.

As Christians, this is often the hardest but most effective way we can evangelise. If we bring ourselves closer to God through such efforts of love, we will bring those who are close to us with us. 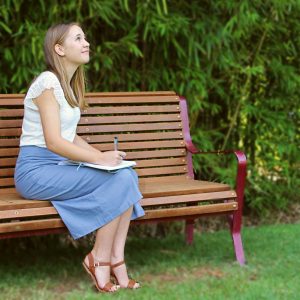 Elise is a second year Medical student in Sydney from rural NSW who enjoys a variety of sports and being outdoors. She also loves food but when it comes to cooking – she claims to burn water.